During discussions on the scope of renewal, all existing electrical equipment was placed under scrutiny. "We wanted to take a big step forward because what used to be sufficient is no longer good enough," Dennis Eekers, CEO at Dutch Aluminium Gieterij Oldenzaal in Oldenzaal, not far from the German border near Rheine, explained the motive for the investment. "No more disruptions and downtime, better sand quality and less waste, as well as much more transparency in the processes, and saving energy."

The beginning for the new control package Sandplant_control by datec GmbH was a new PLC, because the one still in use had long since been discontinued by the manufacturer. A new control cabinet was also envisaged, since contactors that are about 30 years old have a high probability of failure. At the same time, the manual operation system was completely renewed, as the central manual operation previously in use no longer corresponds to the current safety philosophy. Decentralised control boxes with a direct view of the aggregates being worked have significantly increased safety. A special failsafe concept also prevents the automatic control from being switched on centrally if the manual control is switched on decentrally. 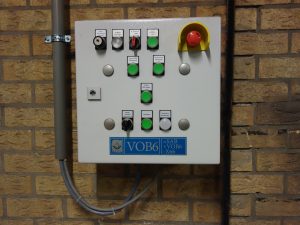 The central manual control was replaced by local control boxes. It can only be operated in sight of the aggregates.

The core of the modernisation and quality improvement is state-of-the-art measuring technology. The two scales were equipped by datec with new electronics for more accurate dosing. Overrun optimization and automatic taring, as well as high resolution in the analog-to-digital value conversion, are the key features for improved dosing technology, especially for a binding material scale that is intended to weigh quantities of around 300 to 400 grams. 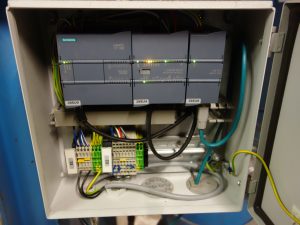 The scale electronics are part of the entire PLC network and are addressed directly via the PLC program.

"We now have a lot more data to help us with analytics and give us the visibility we need." A comprehensive batch report documents the large number of measured values and a special evaluation report helps with the analysis. With the use of statistical process control methods, the process can be analysed in detail and then also evaluated.

All relevant measured values, intermediate calculations, and menu values are documented in the batch report. 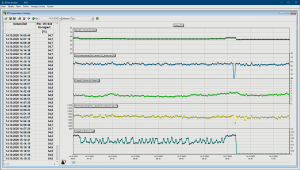 The evaluations are carried out from the large volume of data from the batch report, which is stored in a database for one year. With the eight-channel multi-diagram, 8 freely selected channels can be displayed simultaneously.

The EVA (Event Analysis) program is used to evaluate all fault messages in the archive. The primary concern here is the duration and number of faults. This information will help maintenance decide which problem to address as a priority. 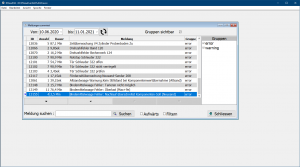 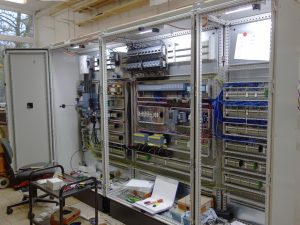 The continued use of the almost 30-year-old control cabinet was ultimately rejected because the probability of failure over the years was quite high and there were also gaps in the documentation.

"Of course, we pondered whether to go for a smaller or larger solution. We chose confidence - because things are looking up after the crisis and we then want to work through the orders without a handicap."

Initially, those responsible did not consider an energy efficiency control system, which automatically shuts down the sand preparation system when idling, to be necessary.  But after a reference visit, the opinion changed, because then it was also seen at home how even with a foreseeable longer idle time, the system was not stopped manually. The system used to continue running through the break. Now the system switches off automatically and energy is saved. Energy consumption is recorded via a meter and later processed for sand production in an index calculation - kWh / 1 t moulding sand. 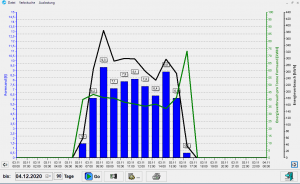